Argentina is renowned for its supple Malbec wines that range from affordable to ultra high end. However, that’s not the only wine that Argentina does well!Spanning out from Mendoza, you’ll find a wide array of Argentinian specialties from robust and age-worthy Cabernet Sauvignon to delicate and floral white wines made with Torrontés.

The first vineyards were planted by Spanish colonists in Argentina. Priests planted vineyards near their monasteries (including Franciscan, Benedictine, and Jesuit Missions) to make communion wine. A grape called Criolla Grande was preferred for its high productivity. There are stories of white wine production at a Jesuit mission in Jesus Maria, Cordoba in 1618.

As the number one Malbec producer in the world, Argentina is renowned for its supple

Malbec wines that range from affordable to ultra high end.

Cabernet Sauvignon started more popular than Malbec and still today is the second most common variety.

Torrontés is an aromatic white wine that originated in Argentina. Torrontés is an ideal wine to match with Asian andIndian cuisine due to its sweet floral aromas of rose petals and flavors of white peach and lemon zest. The winesmells sweet, but is usually made in a dry style and the best Torrontés wines come from the high elevation vineyardsin Salta, Argentina

GIVE THE GIFT OF WINE 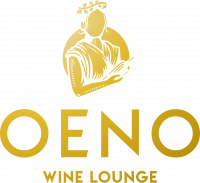